Have you purchased yours? Register for Live Sound Summit 2021 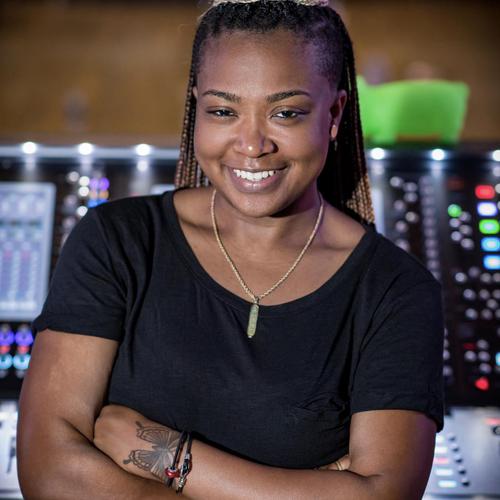 Talks covered by this speaker

Have you got yours yet?

Our All-Access Passes are a must if you want to get the most out of this event.

AMANDA DAVIS is a woman of many talents. The Memphis-born, LA-based audio engineer, educator, production manager, singer and musician has learned the ropes from some of the music industry’s best and is using her skills and connections to empower women around the globe. A proud graduate of Chicago’s Roosevelt University (2008; Bachelors of Arts in Music -- Vocal Performance Concentration and SAE Institute - Atlanta (2010; Music Recording and Production), Davis has always had a passion for education, women’s empowerment, and blazing trails. Upon graduating from SAE, Davis was hired as the Institute’s first female Lab Supervisor and first female Music Theory instructor. After two years of teaching, interning, and mixing audio for many of Atlanta’s rising artists and producers, Davis opted to travel the world as an Audio Technician for Carnival Cruise Lines. In 2013, Emmy-winning artist Janelle Monáe handpicked Davis to serve as her Front of House Engineer. In her stint with Ms. Monáe, Amanda has mixed legendary artists Prince and Stevie Wonder and has mixed in some of the world’s most renowned venues and events: The White House; Madison Square Garden; Radio City Music Hall; The Hollywood Bowl; Coachella; The Grammys; The Oscars; Glastonbury Fest; Good Morning America; The Today Show; Montreux Jazz Festival; Saturday Night Live; BET Awards; and American Idol. Canadian indie/pop duo Tegan and Sara recruited Amanda to serve as their FOH engineer in 2016. In the fall of 2017, she was named Production Manager on Tegan and Sara's “The Con X" tour. Also during this time period, Amanda worked with the late, great Nipsey Hussle, legend Olivia Newton John, DC-rapper Wale, Nigerian artist Jidenna, and classic R&B group SWV. A busy 2018 and 2019 followed as Davis returned to her perch as Ms. Monáe’s FOH engineer for “The Dirty Computer Tour” while also taking the helm as the Production Manager and FOH engineer for chart-topping artist Ella Mai’s “The Debut Tour.” While preparing for “The Dirty Computer Tour,” Amanda worked with non-profits, universities, and local organizations to create “Linecheck, Women in Live Production” a mentoring program dedicated to young women who are pursuing a career in live sound mixing and production/tour management; focusing on professionalism practices and life as a tour crew member. A highly sought-out speaker, Davis has appeared on Pensado’s Place; Guest Lecturer for Berklee College of Music Valencia; and Sennheiser Webinar: Don’t Stop the Education, Women Behind the Console; UMG and Capitol Records Women in Audio Panel; Women’s Audio Mission WAMcon Los Angeles and has been profiled by The Recording Academy; Meyer Sound; Waves; and FOH Magazine. In 2019 Amanda was nominated for the Parnelli NextGen Award. Davis’ immediate aims are to master her primary crafts of live sound mixing and production management while also taking deeper forays into music production, live television mixing, and teaching. If asked what her future holds, Amanda will respond that she is just getting started and that the sky is the limit.

We use cookies This website (and some of its third-party tools) use cookies. These are important as they allow us to deliver an exceptional experience whilst browsing the site.